South Dublin County Council’s Firhouse Bohernabreena local electoral area has been selected by SDCC’s Mayor Vicki Casserly as the next setting for the council’s landmark participatory budgeting initiative ‘€300k Have Your Say’.

In 2017, the council became the first local authority in the state to adopt participatory budgeting through its pilot programme in the Lucan Electoral Area. This was followed up with the 2018 version in the Clondalkin Electoral Area, and the council’s initiative was also shortlisted at the Europe-wide ‘Innovation in Politics’ award ceremony in Vienna, Austria last year.

Through the process, local communities can directly decide how to spend a portion of the public budget in their areas. The council asks them to suggest projects and then vote on which ones they would like to see funded through a public ballot, thereby giving people the direct power to determine how to spend up to €300,000 to improve their community.

To date, 390 project submissions have been entered through the process with 23 winning through public ballot to be funded through ‘€300k Have You Say’. These have included ideas ranging from planting of native apple trees to a Wi-Fi activated heritage trail in Clondalkin, the restoration of the historic King John’s Bridge in Lucan and a safety and inclusivity study of public spaces. 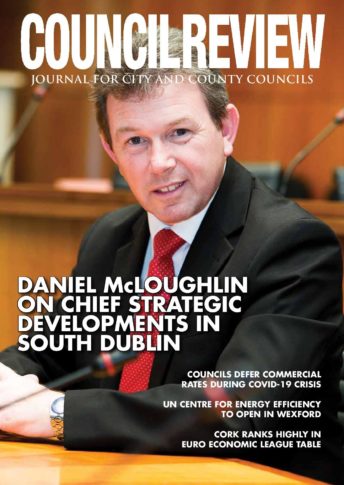