Limerick City and County Council’s Chief Executive Conn Murray is to leave the role once his existing contract expires on 14 August, and Deputy Chief Executive Dr Pat Daly has stepped into the position on an interim basis.

Confirming his decision in a letter to newly-appointed Mayor of the City and County of Limerick, Cllr Michael Sheahan, councillors and staff in July, Murray said that it had been “an honour and a privilege to serve as Chief Executive of Limerick City and County Council over the past seven years” but added that the time had come to move on.

“I have had the pleasure of serving the public in many different capacities over the last 40 years as I developed my career in local government. The last seven years back in Limerick have, on a personal and professional level, been the most rewarding,” he stated.

“It has been an honour to provide a vision and direction for Limerick City and County Council and help create the relationships, partnerships and strategic direction that have been a real strength of the collaboration between our stakeholders and partners.

“We have an exceptional executive team, committed and dedicated staff and a body of elected members determined to turn many more positive pages in Limerick’s great story.”

Mayor Sheahan said:  “In the fullness of time, he will be recognised as among the key architects of the incredible economic renaissance that Limerick has undergone over the past five years or more.

“When he came back here seven years ago, he was met with a city and county that was getting back on its feet and divided from an administrative perspective. In the interim, he has not so much overseen, but led the amalgamation of the local authorities, and with it the biggest single change-management programme in local government history. “ 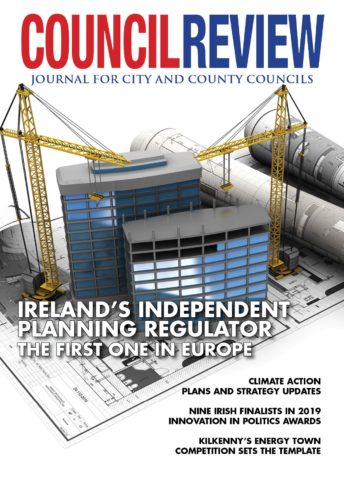