A study by the Northern and Western Regional Assembly (NWRA) claims that a policy of “positive discrimination” is required to accelerate growth and stem decline in the north, west and border communities of Ireland.

The report ‘A Region in Transition: The Way Forward’ found levels of inequality in terms of investment across a number of key areas such as health, education, infrastructure and transport.

Failure to address these critical investment shortfalls means that a ‘two-speed economy’ has developed in Ireland.  It has also emerged that the EU has downgraded the northern and western region from being considered as ‘Developed’ and has applied a new designation of ‘In Transition’.

David Minton, Director of the NWRA (pictured) said that if regional gaps in GDP are too large and remain consistent over time, this will inevitably lead to further economic decline. “Gaps in output tend to be accompanied by high levels of unemployment, low levels of disposable income and prolonged population shifts. This will ultimately continue to see shifts towards Dublin, which is not sustainable. Ireland needs its regions performing,” he noted.

“However, the region’s natural assets and talent pool across the bio-tech and advanced technology sector provides future hope. We have a strategy for the next 12 years that will see the region characterised by being more urban, networked, digitally smart and with vibrant rural communities.”

The report’s author NWRA chief economist John Daly analysed data over a 10-year period, and found significant levels of regional under-investment between 2008 and 2018. 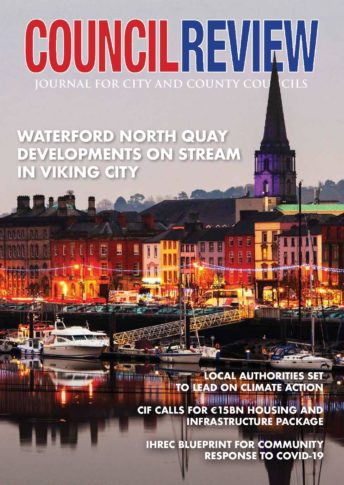 If you would like to give your feedback on any issues raised in 'COUNCIL REVIEW', or may wish to receive the digital edition, email admin@councilreview.ie