Actavo has become the first company to receive the new ‘Excellence in Safety’ Award, which was presented online at the NISO/NISG 29th Annual All-Ireland Occupational Safety Awards 2020 in January.

This new award, which is in recognition of more than 15 consecutive years at distinction level or above, was one of two presented to Actavo; the company also picked up the prestigious Silver Award for 2020, in recognition of its rigorous health and safety standards and excellent results.

“Every team across the organisation deserves credit for this recognition, because on a company-wide basis, we embed our core value ‘live safety’ into our culture and operations to the extent that is part of the DNA of every aspect of our service delivery and how we work together as a team,” noted Willie Ryan, Actavo’s Director of Global EHS and IT.

Harry Galvin, NISO President, said: “Actavo’s achievements in the safety awards, particularly over the last few years, have been outstanding, having won the Supreme, Gold, Silver and Bronze awards.

“Winning the Silver Award and becoming the first company to win the Excellence in Safety award, Actavo has shown its commitment to pursuing the highest standards of safety for its staff, customers and the general public.”

In 2019 the company received a Higher Distinction Award; a Bronze Award in 2018; and the Supreme Award in 2015 as Sierra (now Actavo | Network Solutions). 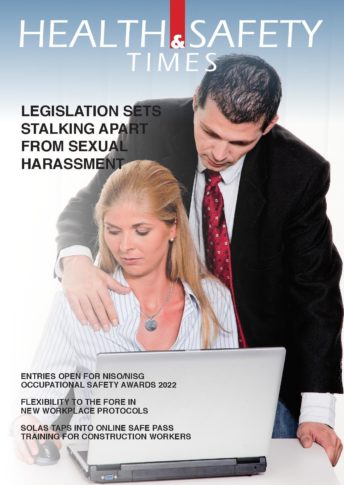 If your would like to give your feedback on any issues raised in 'Health & Safety Times', or indeed wish to receive the online edition of the magazine email your details to admin@healthandsafetytimes.ie